Mia’s Boxes of Love is trending and giving…

On Friday, Mia and her family delivered a carload of “Mia’s Boxes of Love” to a local nonprofit organization, which helps those in need.

“Mia started a charity where she raised $500 and collected backpacks and school supplies for the High Desert Domestic Violence Shelter,” said Nicholas Clayton, Mia’s father. “She decided that she wants to help children feel happy.”

The shelter, now known as the Family Assistance Program, has been providing shelter and advocacy services to victims of domestic violence.

In a letter dictated to her father, Nicholas Clayton, and written in purple crayon, Mia stated her dream to “change the world and to help homeless people.”

Mia’s letter also shares her desire to give food to the homeless while her mother gives them money. Mia ends her letter with the wish for all homeless people to stop smoking so they don’t die.

“Sometime in July, Mia handed me a crayon and a piece of paper and told me to start writing,” said Clayton, 32, a teacher at Puesta Del Sol school in Victorville. “She’s quite the creative one.”

During the show, Novak’s positive message to his young audience is to go out and change the world in their own special way.

“Even before watching the TV show, Mia has always had a heart to help people,” said Clayton, whose family lives in Apple Valley. “The show just gave her the motivation to put her passion into action.”

Clayton said Mia’s first step toward the gift box project came when she placed some toys into a box and handed it to her mother, Amanda McClane.

“After that, we started gathering supplies and raising money for the shelter,” Clayton said. “We even started a ‘Mia’s Boxes of Love’ website to raise $1,000 to the shelter.”

“I’m the quiet and less assertive one in the family,” Clayton said. “Like my wife, Mia’s like a warrior princess.”

Clayton said Mia’s little brother, Griffin, 2, and her grandmother, Joyce McClane, were also on hand during the box delivery.

“Mia is a ball of energy and she loves to help people,” Clayton said. “It will be interesting to see where this goes.”

For more information or to donate, visit http://www.fundly.com/mia-s-boxes-of-love or search ‘Mia’s Boxes of Love’ on Facebook.

Radio: Mia was recently given a shout out on

for her work on Mia’s Shout Out

Mia's Boxes of Love was started in August of 2014 by then 5 year old Mia, a resident of Apple Valley and student at Endeavour School of Exploration, who began helping kids in the community by donating school supplies and backpacks for the new school year. Every October Mia and dozens of local schools participate in #Socktober, a viral charity campaign. Our organization has worked with these amazing groups to raise over 10,000 pairs of new socks and other donations for homeless in the community. Mia's Boxes of Love has grown to become a non-profit 501 (c)3 with tax exemption status for its donors.

The linked picture below will take you to our latest project and how to donate: 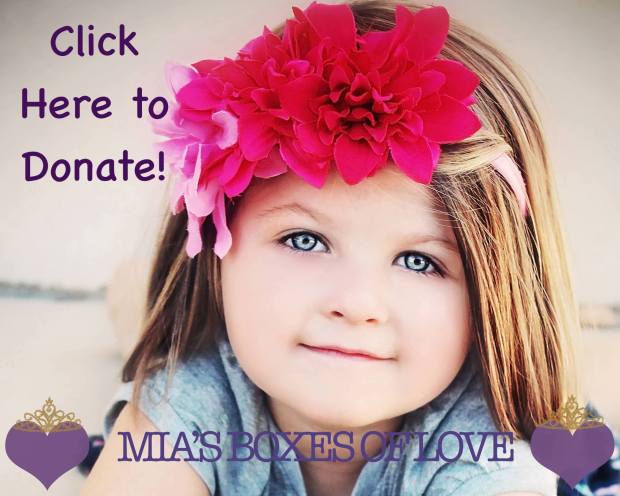 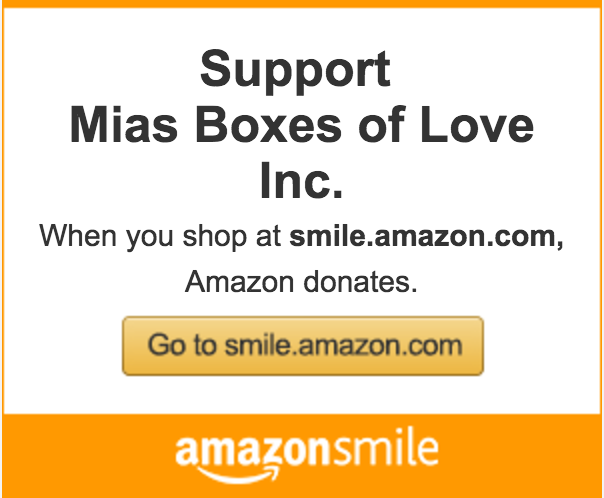 Mia's Boxes of Love wants to get the news out about their current charity drive and how much Mia cares about her community. Check out Mia in the news below!